Rusty McNeil (born Joan Betty Wilmsmeier, 1929 - 2010). American music historian and folk singer. In 1950 she married Keith McNeil and in 1966 the two decided to become full-time musicians, touring across the US and Canada.

- "With her shock of red hair, Joan McNeil earned the nickname Rusty, a title she kept when she started performing traditional American folk music..."  https://www.scpr.org/…/celebrated-folk-singer-rusty-mcneil…/

- "Only her father used her given name, her son said. Everyone else called her Rusty, a nickname that sprang from her shock of red hair."  https://www.latimes.com/…/la-xpm-2010-dec-28-la-me-rusty-mc… 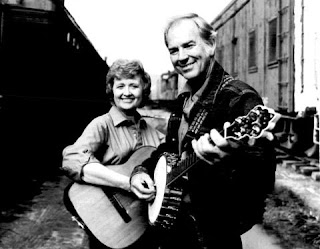