Elizabeth "Eliza"Davison (1813 - 1889). Daughter of farmer John Davison and Cynthia Selover, in 1837 she married American businessman, lumberman, herbalist and salesman William Avery Rockefeller Sr. They had three sons and three daughters. Their second child, John Davison Rockefeller, became the richest man in the world.
Later on Rockefeller abandoned the family and although he and Eliza remained legally married, he married another woman under the name Dr. William Levingston.


- "Among those take in by his acts was red-haired Eliza Davison..."  https://books.google.it/books…

- "Eliza Davison was the stubborn, red-haired daughter of a well-to-do farmer..."  https://books.google.it/books… 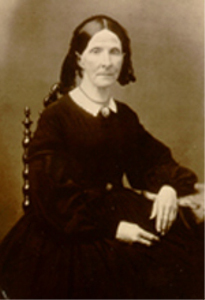