Sir James Cochran Stevenson Runciman (1903 – 2000), known as Steven Runciman. English historian best known for his three-volume A History of the Crusades (1951–54).
His three-volume history has had a profound impact on common conceptions of the Crusades, primarily portraying the Crusaders negatively and the Muslims favourably. Runciman was a strong admirer of the Byzantine Empire, and consequently held a bias against the Crusaders for the Fourth Crusade evident in his work. While praised by older crusade historians as a storyteller and prose stylist, he is viewed as biased by some contemporary historians.


- "Tall and large-boned, with auburn hair glinting, he would glide into a party and soon be surrounded."  https://jmarin.jimdo.com/homenajes/sir-steven-runciman/ 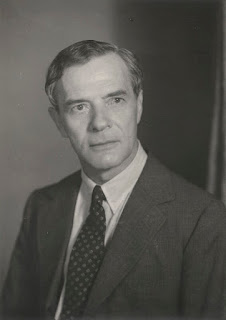