Ulysses S. Grant (born Hiram Ulysses Grant, 1822 - 1885). American soldier, politician, and international statesman who served as the 18th president of the United States from 1869 to 1877. During the American Civil War, General Grant, with President Abraham Lincoln, led the Union Army to victory over the Confederacy. During the Reconstruction Era, President Grant led the Republicans in their efforts to remove the vestiges of Confederate nationalism, racism, and slavery.

In his retirement, Grant was the first president to circumnavigate the world on his tour, dining with Queen Victoria and meeting many prominent foreign leaders.

- "In the early hours of April 27, 1822, she gave birth to a boy, weighing ten and three-quarters pounds, with rich red-brown hair, blue eyes, and fair skin."     https://archive.nytimes.com/www.nytimes.com/books/first/s/simpson-grant.html

- "He also had red hair and blue eyes." https://artsandculture.google.com/exhibit/beard-wars/wQAwaKws

- "... or that his auburn hair now sported  more gray than red..." https://www.neh.gov/humanities/2014/mayjune/feature/the-odyssey-ulysses-s-grant 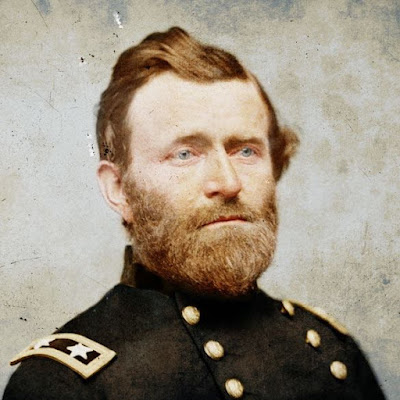 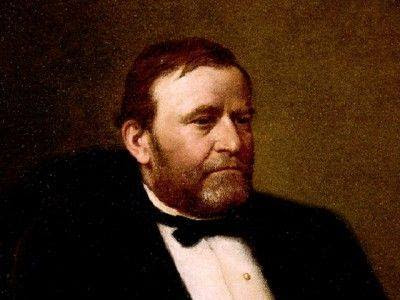