William Lamport (1611–1659). Irish Catholic adventurer, known in Mexico as Don Guillén de Lampart (or Lombardo) y Guzmán. He was tried by the Mexican Inquisition for sedition and executed in 1659. He claimed to be a bastard son of King Philip III of Spain (r. 1598-1621) and therefore the half-brother of King Philip IV.
In 1642 he tried to foment rebellion against the Spanish crown, with the aid of blacks and Indians, as well as creole merchants, but was denounced by a man he had hoped to recruit for his plan and arrested, languishing in the Inquisition jail for 17 years. A statue of Lamport is immediately inside the monument to Independence ("the Angel") in Mexico City.
Apart from his amazingly adventurous life, his only undisputed claim to fame probably lies in the fact that he was the author of the first declaration of independence in the Indies, a document that promised land reform, equality of opportunity, racial equality and a democratically elected monarch over a century before the French Revolution.
According to some historians (Gerard Ronan, Fabio Troncarelli), the fictional character of Zorro (the Fox), created by Johnston McCulley, is based on Lamport.

- "The young red headed Irish debonair was a Captain in the Spanish Army, and a ladies man in the Court of Philip IV."  https://steemit.com/…/4-4-zorro-anti-hero-of-the-southwest-…

- "His adventurous life served to XIX and XX writers:mexican Vicente Riva Palacio who tell us in Memorias de un Impostor that he may have been called Zorro – fox – by the natives because of the colour of his red hair, similar to the fox one. U.S. journalist Johnston McCulley created in 1919, with the novel The Curse of Capistrano the real character soon to become worldwide known as Zorro."  https://www.italopendola.com/…/what-do-zorro-ireland-and-s…/

- "NEW evidence has been unmasked to show that Zorro, the swarthy swashbuckling hero was in fact a red-bearded Irishman.An Italian historian has found ``detailed proof'' in the closely guarded Inquisition archives in the Vatican that the real Zorro, a masked swordsman who evades captureand inspires downtrodden Mexicans with the hope of independence, was a man called William Lamport from Wexford."  https://www.independent.ie/…/real-zorro-unmasked-as-wexford… 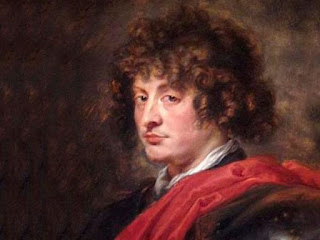