- "We were ushered into an office in which a number of people were awaiting us, in the center of them a stocky little red- haired man with a jovial smile and a funny moustache, who lifted up a glass of wine and immediately proceeded to toast our arrival. We were the first Americans he had seen since the war, and he was determined to make an occasion of it. The man. of course, was Staatssekretaer Figl."  https://www.afsa.org/s…/default/files/fsj-1953-07-july_0.pdf

- "... described him as a small red-headed man with sharp fox-like features and a red mustache..."  https://books.google.it/books… 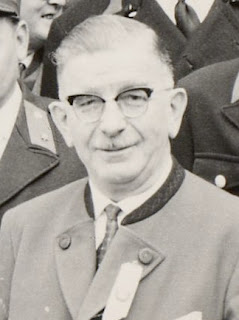