Josephine Hutchinson (1903 – 1998). American actress.
At Universal, she played Elsa von Frankenstein in one of her more memorable roles alongside actor Basil Rathbone and Boris Karloff in Son of Frankenstein (1939). She later played Mrs. Townsend in North by Northwest (1959) and Mrs. Macaboy in Love Is Better Than Ever, starring Elizabeth Taylor.
She also worked in Broadway and on television.
Her mother, Leona Roberts, was an actress best known for her role as Mrs. Meade in Gone with the Wind.

- "Though she had striking red hair, she did not possess a commanding appearnce."  https://books.google.it/books… 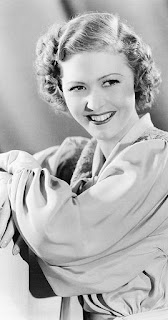