Claire Waldoff (1884 – 1957, born Clara Wortmann). German singer and kabarett entertainer.
She made her breakthrough when Rudolf Nelson gave her a job at the Roland von Berlin theatre near Potsdamer Platz. Initially planning to perform antimilitarist pieces by Paul Scheerbart in a men's suit, Waldoff had greater success with less offensive catchy songs written by Walter Kollo. During the next several years in German cabaret, she sang at Chat Noir on Friedrichstraße and at the Linden-Cabaret on Unter den Linden.
Waldoff's success reached its peak in the Weimar Republic era of the 1920s. After the war, she lost her savings in the West German monetary reform of 1948 and from 1951 relied on little monetary support by the Senate of Berlin.

- "... she was short and stocky with wild red hair and had adopted the gruff persona and brash slang of a ‘native Berliner’."  http://www.cabaret-berlin.com/?p=114 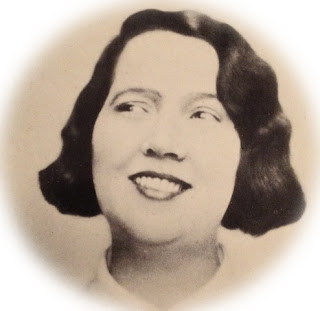 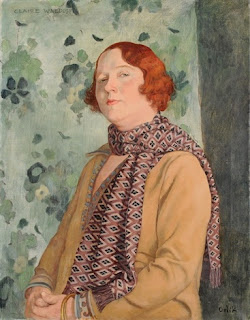