Violet Ethelred Krauth (1913 – 2006), better known by the stage name Marian Marsh. Trinidad-born American film actress and later an environmentalist.
She was seen in a small role in Howard Hughes's classic Hell's Angels (1930) and Eddie Cantor's lavish Technicolor musical Whoopee! (1930). The part in Whoopee! resulted from Marsh's visit to a film studio with her sister. Not long afterwards, she was signed by Warner Bros. and her name was changed to Marian Marsh.
In 1931, after appearing in a number of short films, Marsh landed one of her most important roles in Svengali opposite John Barrymore. Marsh was chosen by Barrymore for the role of Trilby. Barrymore, who had selected her partly because she resembled his wife, coached her performance throughout the picture's filming. Svengali was based on the 1894 novel Trilby written by George du Maurier. A popular play, likewise titled Trilby, followed in 1895.
In the film version, Marsh plays the artist's model Trilby, who is transformed into a great opera star by the sinister hypnotist, Svengali.
Marsh was awarded the title of WAMPAS Baby Stars in August 1931 even before her second movie with Warner Brothers was released. With her ability to project warmth, sincerity and inner strength on the screen along with critical praise and the audience's approval of Svengali, she continued to star in a string of successful films for Warner Bros. including Five Star Final (1931) with Edward G. Robinson, The Mad Genius (1931) with Barrymore, The Road to Singapore (1931) with William Powell, The Sport Parade (1932) with Joel McCrea Beauty and the Boss (1932) with Warren William, and Under 18 (again with William).


- "Her natural hair color was red, before the studios decided to turn her into a blonde."  https://heckyesmarianmarsh.tumblr.com/page/15 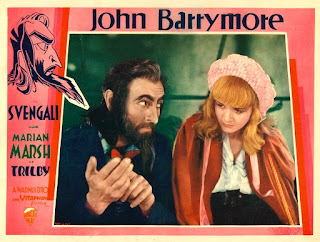 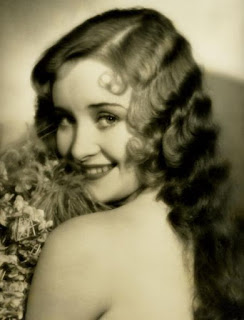