María África Gracia Vidal (1912 – 1951), known professionally as Maria Montez. Dominican motion picture actress who gained fame and popularity in the 1940s as an exotic beauty starring in a series of filmed-in-Technicolor costume adventure films. Her screen image was that of a hot-blooded Latin seductress, dressed in fanciful costumes and sparkling jewels. She became so identified with these adventure epics that she became known as "The Queen of Technicolor". Over her career, Montez appeared in 26 films, 21 of which were made in North America and the last five were made in Europe.


- "With reddish hair and only a trace of Spanish accent..."  https://books.google.it/books…

- "In this movie, Maria danced to a contagious rumba, showing her beautiful red hair, proving that she looked wonderful in colors by the first time."  http://www.mariamontez.org/bio.html

- "The firemen used artificial respiration for three hours in a vain effort to resuscitate the auburn-haired, brown-eyed actress."  https://alt.obituaries.narkive.com/…/archive-obituary-maria… 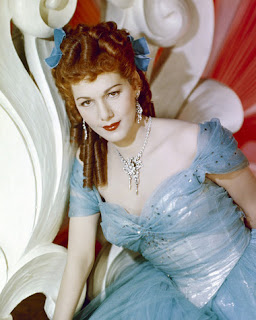 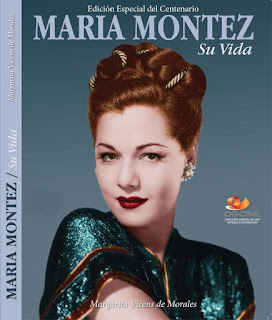