Michaela Denis (1914 – 2003). British-born wildlife documentary film-maker and presenter, working with her husband, Armand Denis.
In order to finance their plans to make wildlife documentaries, the couple travelled to Africa in 1950 to work on the feature film, King Solomon's Mines, in which Michaela acted as Deborah Kerr's double. In 1953 they made a new film together, Below The Sahara, and appeared on BBC radio to promote it. The BBC saw the couple's potential for television work, and in 1954 they produced a pioneering and successful TV programme, Filming Wild Animals. The quality of Armand Denis' film-making, combined with his heavy accent and Michaela's enthusiasm and glamorous appeal, made them fixtures on BBC TV screens in Britain during the 1950s and early 1960s. Accompanied by Armand's commentary, the two would be filmed getting as close to animals as possible, in a style later much parodied. Typically, there would be a trademark moment for Michaela to apply lipstick or comb her hair; she once commented that she could not possibly get into the water with crocodiles until she had put on her eyebrow pencil. The couple made several series for both BBC and ITV, including Filming In Africa (1955), Armand and Michaela Denis (1955-58), On Safari (1957-59) and Safari to Asia (1959-61), which were repeated until well into the 1960s. Michaela Denis also wrote books, including Leopard in My Lap (1955) and Ride on a Rhino (1960).


- "Today Armand Denis is considered to be one of the pioneers of the wildlife documentary, but their contemporary popularity as married adventurers rested largely on the red-haired beauty of Michaela."   https://books.google.it/books…

- "Nonetheless, with her red hair and her shapely trousers, she certainly adds a touch of glamour to the jungle scene in darkest Africa..."  https://books.google.it/books… 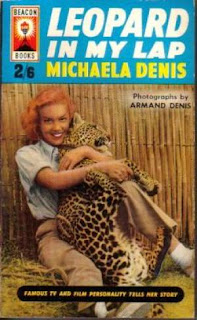 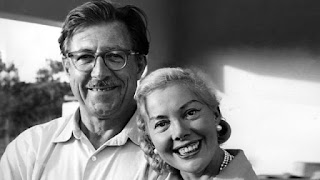