Lillian Florence Hellman (1905 – 1984). American dramatist and screenwriter known for her success as a playwright on Broadway, as well as her Communist sympathies and political activism. She was blacklisted after her appearance before the House Committee on Un-American Activities (HUAC) at the height of the anti-communist campaigns of 1947–1952. Although she continued to work on Broadway in the 1950s, her blacklisting by the American film industry caused a drop in her income. Many praised Hellman for refusing to answer questions by HUAC, but others believed, despite her denial, that she had belonged to the Communist Party.
As a playwright, Hellman had many successes on Broadway, including Watch on the Rhine, The Autumn Garden, Toys in the Attic, Another Part of the Forest, The Children's Hour and The Little Foxes. She adapted her semi-autobiographical play The Little Foxes into a screenplay, which starred Bette Davis and received an Academy Award nomination in 1942.
Hellman was romantically involved with fellow writer and political activist Dashiell Hammett, author of the classic detective novels The Maltese Falcon and The Thin Man, who also was blacklisted for 10 years until his death in 1961. The couple never married.


- "Though she lacked conventional beauty, the shapely, auburn-haired office girl excited the interest of the editors."  https://books.google.fr/books…

- "She had reddish hair, heavy features, a protrusive nose and a tough way of expressing herself."  https://books.google.fr/books…

- "Interviewers, conditioned by the toughness of her writing, were surprised to find her intensely feminine, fond of clothes and cooking, a short, attractive person with reddish hair and an aquiline nose."  https://www.nytimes.com/…/lillian-hellman-playwright-author… 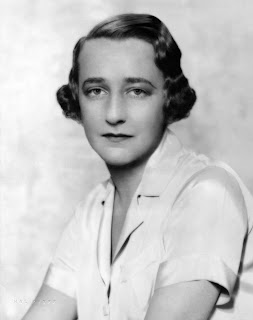