Paul J. "Red" Dorfman (1901–1971). Head of the Chicago Waste Handler's Union and kingpin in the Chicago Outfit, who in 1959 was described by Congressional investigators "as the link between the Teamsters Union and the Chicago underworld." In 1949, Red struck a deal with Jimmy Hoffa, then head of the Teamsters Union in Michigan. According to FBI files, Red agreed to introduce Hoffa to mob figures in exchange for his son Allen's entry into the Teamsters' insurance business.
Red Dorfman had troubles with the AFL-CIO when he was caught taking funds out of the labor union's health and welfare fund, and, among other things, paying personal bills with the membership's money. Paul Dorfman was one of only two trustees on the fund. In addition, he had deposited $150,000 of health and welfare money with a bank owned by a friend, George Sax, who did not pay interest. Sax was the owner of the Saxony Motel in Miami, Florida, which was a meeting place for Hoffa, Dorfman, Robert Shulman and others when they were visiting South Florida.
He married Rose Ritman (1907–2003). His son (or stepson) Allen was portrayed by Jake Hoffman in the 2019 Martin Scorsese film The Irishman. 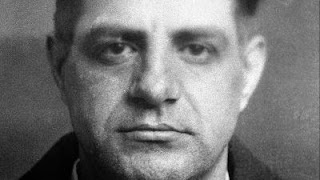