Juliana R. Force (1876 – 1948). American art museum administrator and director.
Force was born Julianna Reiser, but became known as "Juliana". At the age of 35 Force married Willard Force, a dentist, then becoming known as "Juliana Rieser Force" or "Juliana Reiser Force" or "Juliana R. Force", which is sometimes shortened to "Juliana Force".
Force's first job was as the personal secretary of socialite Helen Hay (wife of Payne Whitney). At the age of 38 in 1914 she became the private secretary for Helen Hay's sister-in-law, Gertrude Vanderbilt Whitney, a great-granddaughter of "Commodore" Cornelius Vanderbilt and eldest surviving daughter of Cornelius Vanderbilt II.
Whitney assigned Force in 1929 to contact the Metropolitan Museum of Art to prepare a plan for a gift of Whitney's collection. Whitney's art collection gift was to be displayed in a new wing, partly financed by her. The museum turned down the gift. Whitney then displayed her work in her own studios and galleries, that were under her name. Force managed these art enterprises and then in 1930 became director of the new Whitney Museum of American Art that developed from these art studio and gallery enterprises.
Force initiated the first display of American folk art in a gallery in the United States, the "Early American Art" collection. On February 9, 1924 she began a presentation of folk art in a Whitney gallery that she administered, intending to bring folk art attractiveness closer to the level of contemporary art. Because of her passion for folk art, this initial display led to the first official public exhibition of folk art in a public showing presentation.
Force became chair of the American Art Research Council in 1942.

- "Trim, auburn-haired, green-eyed, and vividly theatrical, Juliana Force had, said the art historian Lloyd Goodrich, “a personal magnetism that struck one instantly on meeting her, like a physical sensation..."  https://www.americanheritage.com/force-behind-whitney

- "The red-haired Force (her name as apt as that of a character in Pilgrim's Progress) stands, her back to the viewer, as she looks at a painting."  http://thebluelantern.blogspot.com/…/juliana-force-guy-pene…

- "Juliana Rieser, a year younger than Gertrude, had the vividly theatrical personality to match her auburn hair and green eyes."  https://books.google.it/books… 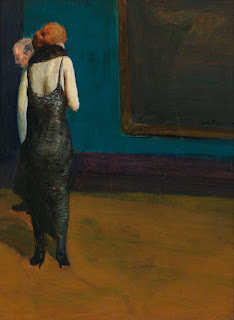 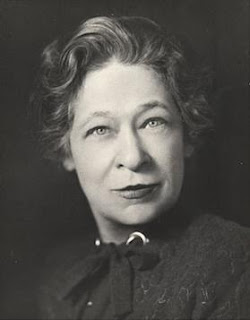