Emilio Coda (1881 - ?). Italian-born American coal miner and anarchist. He was born in the province of Novara, in Piedmont. Along with other Italian immigrants (like Nicola Sacco and Bartolomeo Vanzetti), he was a follower of anarchist Luigi Galleani. Galleani and his group promoted radical anarchism by speeches, newsletters, labor agitation, political protests, secret meetings, and, above all, direct action. Many used bombs and other violent means to promote their political position, practices that Galleani actively encouraged but in which he apparently did not participate, except for writing the bomb-making manual La Salute è in voi!.


- "Coda was compact and strongly built, with blue eyes, reddish hair and a ruddy complexion to match. Eugene Lyons described him as a 'little red-haired anarchist who liked to talk violence'."  https://books.google.fr/books… 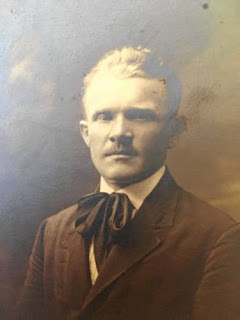