James Sprunt (1846 - 1924). Scottish-born Cape Fear exporter, historian and philanthropist.
In 1854 he emigrated with his family from Glasgow to Wilmington, North Carolina.
He joined his father in the exportation of cotton and naval stores. More than fifty agencies were established overseas in England, Holland, Belgium, France, Germany, Russia, Switzerland, and Italy. When his father died in 1884, James succeeded him as British vice-consul. For five years (1907–12) he was also Imperial German Counsel.
Aside from his extensive philanthropies, he is perhaps best remembered as Wilmington's most dedicated citizen for the preservation of the historical facts and legends of the Cape Fear region.


- "As a young man he was known for his bright red hair."  https://books.google.it/books… 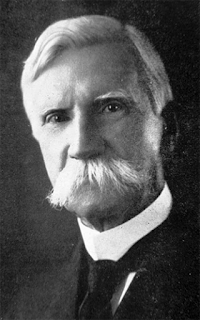