Sir John Ross (1777 – 1856). British Royal Navy officer and Polar explorer.
In 1834 he received the Royal Geographical Society's Gold Medal for his discovery of Boothia Felix (in 1829 he became the first European in the Gulf of Boothia) and King William Land and for his famous sojourn of four winters in the Arctic.

- "In The Arctic Grail, Pierre Barton wrote, "This stocky, red-haired Scot … seemed the best choice for an Arctic adventure..."  https://biography.yourdictionary.com/sir-john-ross 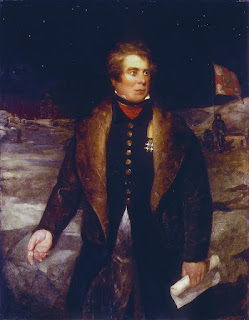