Phillip Ray "Red" Murrell (1933 – 2017). American basketball player, best known for his college career at Drake University.
Following his college career, Murrell was drafted by the Minneapolis Lakers in the fourth round of the 1958 NBA draft (25th overall). Instead, he signed with the Phillips 66ers of the Amateur Athletic Union (AAU), where in 1960 he was named an AAU All-American.
Murrell was the first player in Drake school history to have his number retired. He has also been named to the Iowa Sports Hall of Fame and the NJCAA Basketball Hall of Fame.


- "Phil "Red" Murrell was given his nickname due to his red hair..."  https://www.legacy.com/o…/examiner-enterprise/obituary.aspx…

- "Murrell was born in Linneus, Missouri, and earned his nickname because of his red hair."  https://webcache.googleusercontent.com/search… 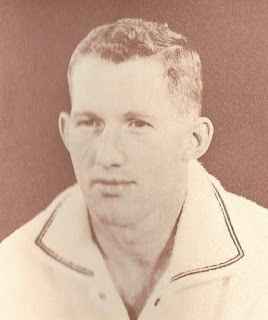