William "Bill" Doolin (1858 – 1896). American bandit outlaw and founder of the Wild Bunch, a gang that specialized in robbing banks, trains, and stagecoaches in Arkansas, Oklahoma, and Kansas during the 1890s. 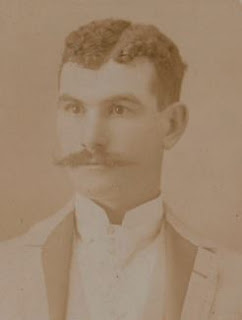