Commodore Perry Owens (1852 – 1919). American-born lawman and gunfighter of the Old West. One of his many exploits was the Owens-Blevins Shootout in Arizona Territory during the Pleasant Valley War.

- "Owens had red hair and dressed as a typical cowboy, as seen in his photo taken in New Mexico."  https://en.wikipedia.org/wiki/Perry_Owens

- "But his reputation began to grow as one who had red hair, a fiery temper and a fast draw."  http://www.therealwildwest.com/Stories/commodore-perry-owens


- "He always possessed striking looks, tall, with red hair, he was a popular with the ladies in his youth."  https://www.1911addicts.com/th…/commodore-perry-owens.38932/ 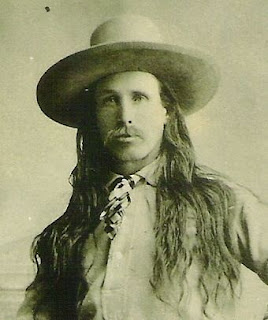