Jeanie MacPherson (born Abbie Jean MacPherson, 1886- 1946). American actress, writer, and director from 1908 until the late 1940s. She was a pioneer for women in the film industry. She worked with some of the best filmmakers of the time, including D. W. Griffith and Cecil B. DeMille. While she started in the theater and then had a brief stint as an actress, she ultimately dedicated her life's work to screenwriting for DeMille. She was appraised for her new level resourcefulness and attentiveness to the needs of DeMille.
She was of Spanish, Scottish, and French descent.


There seem to be some uncertainty about MacPherson's hair colour. According to Wikipedia, she "had dark hair, so she was often cast in gypsy or Spanish roles." However, other sources state she was red-haired.

- "Her exotic beauty and dark red hair made her a natural for what she called emotional parts, often playing Spaniards, gypsies and Indian maidens..."  https://books.google.it/books…

- "He soon noticed her knack for storytelling and took more than a casual liking to the attractive young woman with red hair and dark eyes."  https://books.google.it/books… 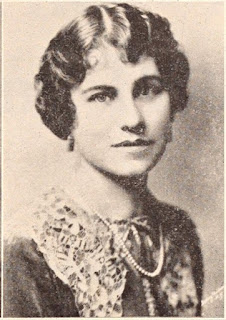