Frank Jenks (1902 – 1962). Acid-voiced American supporting actor of stage and films.
Jenks began in vaudeville and went on to a long career in movies and television, mostly in comedy. He was one of the more familiar faces and voices of the Hollywood Studio era. For almost ten years beginning in the early 1920s, Jenks was a song and dance man in vaudeville.

- "With his shock of wavy red hair slicked back tight on his head, Frank had an infectious Irish grin..."  https://books.google.it/books… 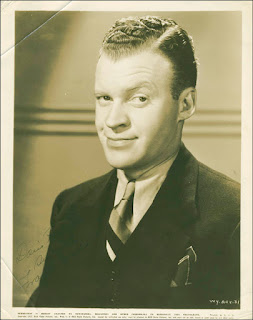