Brendan Bracken, 1st Viscount Bracken, (1901 –1958). Irish born businessman and minister in the British Conservative cabinet. He was Winston Churchill’s closest friend in politics and minister of information in his wartime government and the only person brought up as an Irish Catholic to have served in a 20th-century British government.
Many literary academics believe that it was Bracken who inspired George Orwell to create the character Big Brother in his novel Nineteen Eighty-Four. Orwell himself was a civil servant under Bracken’s department during the war years.


- “Therein he met Lord Milton, heir to the Earl of Fitzwilliam, who introduced him to a tall man with bright red hair called Brendan Bracken.” https://turtlebunbury.wordpress.com/…/brendan-bracken-1901…/

- “Lady Churchill's initial antipathy towards the tall red-haired "Irish-Australian" whom she had found one morning sleeping on her couch with his boots on, softened in later life as the loyal support of "Churchill's Faithful Chela" proved invaluable both politically and personally.” https://www.geni.com/…/Brendan-Bracken-…/6000000014472402171

- “He had a large mop of red hair that stood out as a kind of halo…” https://www.irishtimes.com/…/the-irish-spoofer-who-was-chur… 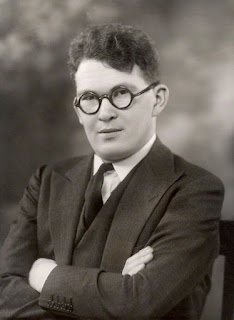