Laura Keene (1826 – 1873). British stage actress and theatre manager. In her twenty-year career, she became known as the first powerful female manager in New York. She is most famous for being the lead actress in the play Our American Cousin, which was attended by President Abraham Lincoln at Ford's Theater in Washington, D.C., on the evening of his assassination. 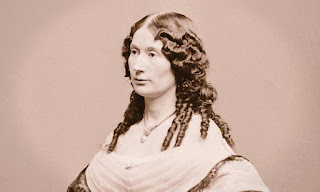