Edward VI (1537 – 1553). King of England and Ireland from 28 January 1547 until his death. He was crowned on 20 February at the age of nine. Edward was the son of Henry VIII and Jane Seymour, and England's first monarch to be raised as a Protestant. His sisters were Elizabeth I and Mary I.

- "Edward had the red hair of the Tudors and had one shoulder somewhat higher than the other, possibly a result of his difficult delivery." http://www.englishmonarchs.co.uk/tudor_6.htm

- "Elizabeth Jenkins has suggested that Edward looked like his sister Elizabeth "they had the same reddish-blonde hair, pale face and searching eyes, the same slight and upright figure." http://spartacus-educational.com/TUDedward6.htm 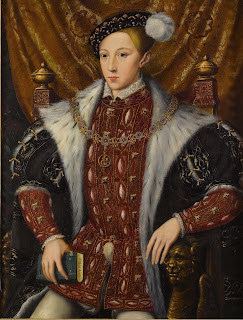 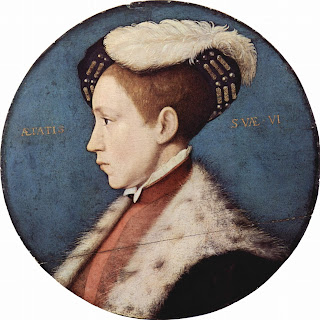 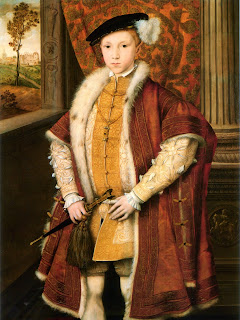