Evelyn Nesbit (1884 – 1967). American chorus girl, artists' model, and actress, famous for her beauty. She is also said to be the inspiration for Anne of Green Gables.
In the early part of the 20th century, the figure and face of Evelyn Nesbit were everywhere, appearing in mass circulation newspaper and magazine advertisements, on souvenir items, and calendars, making her a cultural celebrity. Her career began in her early teens in Philadelphia and continued in New York, where she posed for a cadre of respected artists of the era, including James Carroll Beckwith, Frederick S. Church, and notably Charles Dana Gibson, who idealized her as a "Gibson Girl." She had the distinction of being an early fashion and artists' model, in an era when both fashion photography (as an advertising medium) and the pin-up (as an art genre) were just beginning their ascendancy.
His husband, Harry K. Thaw, killed the famous architect Stanford White on the evening of June 25, 1906, leading to what the press would call the "Trial of the Century."
Her story inspired several films, including The Girl in the Red Velvet Swing (1955) and Ragtime (1981).


"Charles Dana Gibson, one of the most popular artists in the country at the time, rendered a pen-and-ink profile of Evelyn with her red hair arranged in the form of a question mark. The work, titled "The Eternal Question", remains one of Gibson's best known works and Evelyn entered the ranks of the famous turn-of-the-century "Gibson Girls."


"By her early teens, she had grown into a beautiful young woman, with large, dark eyes; porcelain skin; and long, thick copper-colored hair."


- "Her waterfall of dark red hair, heart-shaped face, and expression of unawakened sexuality put her in hot demand as a model, therefore her image graced calendars, sheet music covers, and printed ads." https://www.thriftbooks.com/w/american-eve-evelyn-nesbit-stanford-white-the-birth-of-the-it-girl-and-the-crime-of-the-century_paula-uruburu/292070/#isbn=1594483698&idiq=2034401


- "She was willowy, beautiful and proud and possessed a glorious head of copper-red hair." https://books.google.it/ 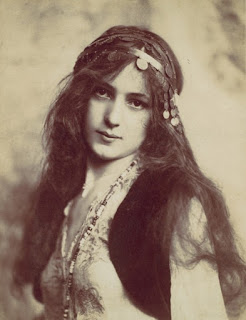 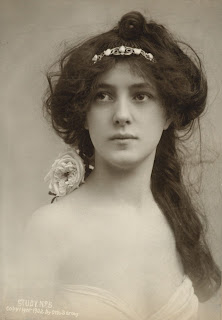 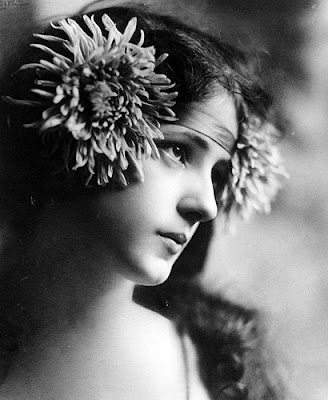 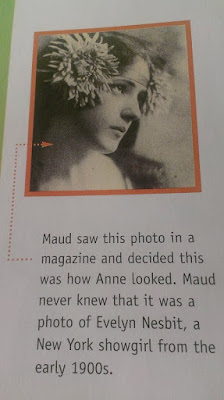