Sir Ronald Aylmer Fisher FRS (1890 – 1962). British statistician and geneticist. For his work in statistics, he has been described as "a genius who almost single-handedly created the foundations for modern statistical science" and "the single most important figure in 20th century statistics". In genetics, his work used mathematics to combine Mendelian genetics and natural selection; this contributed to the revival of Darwinism in the early 20th century revision of the theory of evolution known as the modern synthesis. Fisher also did experimental agricultural research, which has saved millions from starvation.

- "A small messy man with red hair, a beard and glasses boasting near inch-thick lenses, Sir Ronald Aylmer Fisher (1890–1962), statistician and geneticist, was born on February 17 at his parents’ home in East Finchley." http://www.hamhigh.co.uk/…/heritage-the-hampstead-years-of-… 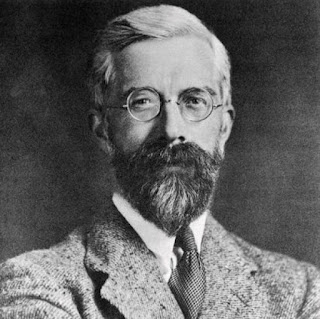