Margaret "Maggie" Brown (née Tobin;1867 – 1932), posthumously known as "The Unsinkable Molly Brown". American socialite and philanthropist. She is best remembered for encouraging the crew in Lifeboat No. 6 to return to the debris field of the 1912 sinking of RMS Titanic to look for survivors. Accounts differ on whether the boat actually returned to look for survivors, and if so, whether any survivors were found. During her lifetime, her friends called her "Maggie", but even by her death, obituaries referred to her as the "Unsinkable Mrs. Brown". The reference was further reinforced by a 1960 Broadway musical based on her life and its 1964 film adaptation which were both entitled The Unsinkable Molly Brown.


- "Who could have known that this small, red-haired baby would one day live a life of wealth, adventure, political and philanthropic pursuits and heroism that the Tobin family could have never dreamed?" http://www.hannibalmag.com/celebrating-molly-brown-on-her-1…

- "Mrs Brown was awake and glad indeed to see her old red head, as she sometimes lovingly called Molly, coming to have a good talk." https://books.google.it/books…

- "She was also notorious in the city of Denver for her bright Kelly green dresses that went well with her red hair." http://www.iaci-usa.org/…/Meet%20the%20Irish-American%20Hel… 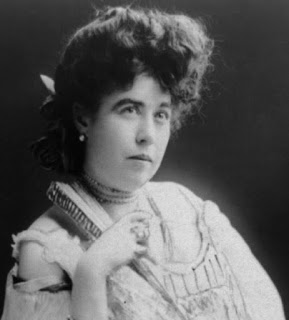