Nathan Mayer, Freiherr von Rothschild  (1777 – 1836). German Jewish banker, businessman and financier. He was one of five sons of the second generation of the Rothschild banking dynasty. He was born in Frankfurt am Main, the third child of Mayer Amschel Rothschild (1744–1812) and Guttle Schnapper (1753–1849). Once the wealthiest man on earth, he was the richest among the Rothschilds. Brother of James Mayer.

- "Round-faced, red-headed, with pouty lips, a sour personality and arrogant manner, at age 33 Nathan built the family fortune in a single move at the Royal Exchange." https://books.google.it/books…

- "Contemporaries describe a stocky, bright-eyed young man with a shock of red hair and a reputation for a prodigious memory..." https://books.google.it/books… 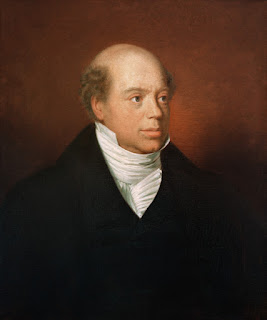