Finnan McDonald (1782-1851). Born in Scotland, his family moved to Canada when he was 4 years old. He entered the fur trade and in 1809, with David Thompson, built Kullyspel House in Mamaloose Point, northern Idaho. This was the first trading post in the region. He is considered by many to be the "Father" of the Idaho Territories, as he was the first white man to build a dwelling there.

- "His appearance was very striking: in height he was six feet four inches, with broad shoulders, large bushy whiskers, and red hair, which for some years had not felt the scissors, and which sometimes falling over his face and shoulders gave a wild and uncouth appearance" http://www.historylink.org/File/9668

- "Finan McDonald, a six-foot-four Scot with red hair and a bushy beard of the same hue..." https://books.google.it/books… 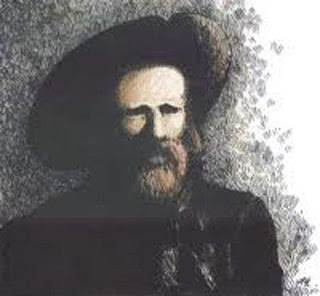