Lotta Crabtree (1847 – 1924). American actress and entertainer.
Born Charlotte Mignon Crabtree in New York City to English parents and raised in the gold mining hills outside San Francisco (where she first rose to fame), Lotta Crabtree would go on to become one of the wealthiest and most beloved American entertainers of the late 19th century.

- "Tiny, red-haired, six-year-old Lotta danced and sang for the local miners, while they showered her with gold nuggets and coins." http://www.womenhistoryblog.com/2013/12/lotta-crabtree.html


- "It was small Lotta Crabtree with her red hair, merry black eyes, and irrepressible laugh, of the number running in and out, who claimed her special interest." http://www.standingstones.com/crabtree.html

- "It was there that she taught a tiny red-haired neighbor girl to dance. Little Lotta Crabtree would grow up to be the most acclaimed and beloved performer in San Francisco history, eventually becoming the darling of the entire country -- a genuine Gilded Age superstar." http://sfist.com/…/…/today_in_san_francisco_history_-_pa.php 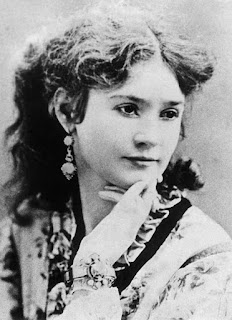 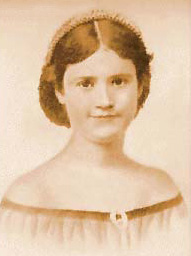