Abu Abdullah Muhammad ibn Yusuf ibn Nasr (1195 – 1273). First ruler of the Emirate of Granada, the last independent Muslim state on the Iberian Peninsula, and the founder of its ruling Nasrid dynasty.

- "Muhammad I of Granada, also known as ibn Al-Ahmar (“the son of the red”). The Alhambra, in this theory, inherits its name from the hair of the King of Granada." https://www.inmsol.com/…/l…/the-origin-of-the-name-alhambra/

- "The founder of the dinasty of the Beny-Nasr, an Arab named Ibn-el-Ahmar, or the "Red man" because of his fair skin and hair..." https://books.google.it/books… 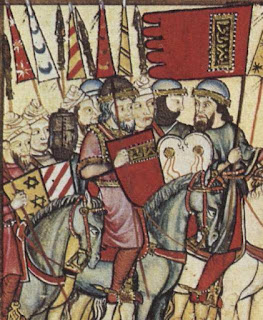