Harley Granville-Barker (1877 – 1946). English actor, director, playwright, manager, critic, and theorist. After early success as an actor in the plays of George Bernard Shaw [he was rumoured to be Shaw's son] he increasingly turned to directing and was a major figure in British theatre in the Edwardian and inter-war periods. As a writer his plays, which tackled difficult and controversial subject matter, met with a mixed reception during his lifetime but have continued to receive attention.


- "“Shaw was vivacious and exhilarating, tall and lean, with a white face, pale blue eyes, reddish hair and a straggling beard. Barker, too, had reddish hair, not so red as Shaw’s, nor was he so tall as Shaw, but very thin, with dark eyes and irrepressible vitality” https://ttu-ir.tdl.org/…/584…/STPETER-DISSERTATION-2013.pdf…

- "As one of the dwindling band who served with Granville Barker in those far-off Court Theatre days my remembrance of him is one of vital sensitive youth and energy, a lithe, athletic figure, warm brown eyes, thick red-brown hair, tidily parted till he pushed his fingers through it..." https://www.questia.com/…/harley-granville-barker-man-of-th…

- "Barker was then almost thirty. And one last point: both men had red hair - though of different shades of red, apparently." https://books.google.it/books…

- "... and Granville-Barker sent for Isabel. She adored the tall, thin, red-headed producer." https://books.google.it/books… 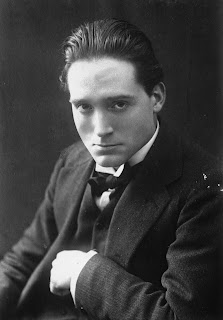