James Hepburn (c. 1534 –  1578), 1st Duke of Orkney and 4th Earl of Bothwell (better known simply as Lord Bothwell). Scottish nobleman. He was known for his association with, abduction of, and marriage to Mary, Queen of Scots, as her third and final husband. He was accused of the murder of Mary's second husband, Henry Stuart, Lord Darnley, a charge of which he was acquitted. His marriage to Mary was controversial and divided the country; when he fled the growing rebellion to Scandinavia he was arrested in Norway and lived the rest of his life imprisoned in Denmark.

- " Stubborn red hair, cropped close, covered his massive head, and a great warlike beak of a nose overshadowed a mouth of enormous width and a heavy jaw." https://royalfavourites.blogspot.com/2017/03/scotland-royaltys-mistresses-lovers.html 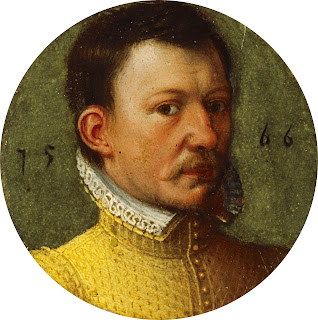