Sir Robert Peel, 2nd Baronet, (1788 – 1850). British statesman of the Conservative Party who served twice as Prime Minister of the United Kingdom (1834–35 and 1841–46) and twice as Home Secretary (1822–27 and 1828–30). He is regarded as the father of modern British policing and as one of the founders of the modern Conservative Party.
In 1829 Peel established the Metropolitan Police Force for London based at Scotland Yard. The 1,000 constables employed were affectionately nicknamed 'bobbies' or, somewhat less affectionately, 'peelers'. Although unpopular at first, they proved very successful in cutting crime in London, and by 1857 all cities in Britain were obliged to form their own police forces. Known as the father of modern policing, Peel developed the Peelian Principles which defined the ethical requirements police officers must follow to be effective. In 1829, when setting forth the principles of policing a democracy, Sir Robert Peel declared: "The police are the public and the public are the police."
Grandfather of Victor Albert George Child Villiers, 7th Earl of Jersey.


- "The emerging man was the red-haired and industrious Home Secretary, Robert Peel, the scion of the new wealth created by the Industrial revolution." https://books.google.it/books…

- "When George III died in January 1820 Peel, ‘a remarkably good-looking man’, tall, red-haired and fastidiously dressed, was a week short of his 32nd birthday." http://www.historyofparliamentonline.org/…/peel-robert-1788…

- "Strikingly tall and handsome, with curly red hair, he was a plesant and jovial companion." https://www.encyclopedia.com/…/british-and-…/sir-robert-peel

- "He is of clear complexion, full round face and red-haired." https://books.google.it/books…

- "Sir Robert Peel is slowly taking off his hat and making manifest a head of rather reddish hair." https://books.google.it/books… 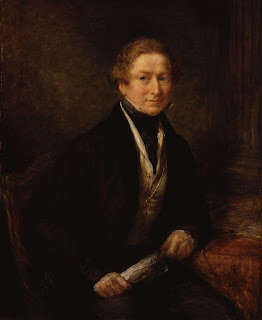 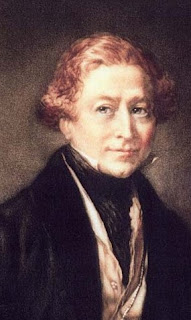