John Roy Stewart or Stuart or Stiuart (1700–1752). Distinguished officer in the Jacobite army of 1745 and a poet in both Gaelic and in English.
He was the son of Donald, a farmer in Strathspey, grandson of John, the last of the Barons of Kincardine. Father gave him a good education, and procured him a commission in a Highland regiment, which at the period served in Flanders.
In the army of Prince Charles Edward Stuart he was military commander at Gladsmuir, Clifton, Falkirk, and Culloden.
Among his poetry the most well known are "Lament for Lady Macintosh" and “The Day of Culloden” ("Latha Chul-Lodair").


- "In addition to being a Jacobite spy, a poet, a cultured man, the master of several languages and having a fine head of red hair into the bargain, John Roy seems to have been something of a dandy." https://books.google.it/books…

- "It was said of him afterwards by one of Cumberland’s captains that "if all the Highlanders had fought as well as the officer with the red head and the little hand, the issue might have been different." https://www.electricscotland.com/history/cairngorm/20.htm 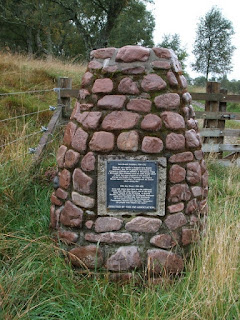 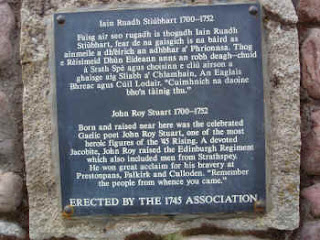