- "He described himself as having “a vile constitution, a sallow face and sunken eyes, long red hair, a shuffling gait and a stoop.” https://www.nytimes.com/…/aubrey-beardsley-racing-creativel…

- "He let his reddish hair fall in a fringe so that he looked half like a boy..." http://spartacus-educational.com/ARTbeardsley.htm 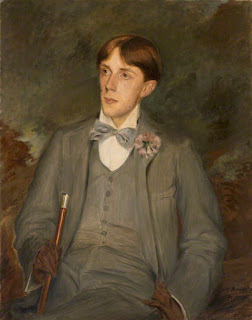