Princess Charlotte Augusta of Wales (1796 – 1817). Only child of the British king George IV, who was still Prince of Wales during her lifetime, and Caroline of Brunswick. If she had outlived both her grandfather King George III and her father, she would have become Queen of the United Kingdom, but she died following childbirth at the age of 21, predeceasing them both.
Charlotte's death set off tremendous mourning among the British, who had seen her as a sign of hope and a contrast both to her unpopular father and to her grandfather, whom they deemed mad. As she had been King George III's only legitimate grandchild, there was considerable pressure on the King's unmarried sons to find wives. King George III's fourth son, Prince Edward, Duke of Kent and Strathearn, fathered the eventual heir, Victoria, who was born 18 months after Charlotte's death.


- "Charlotte grew to be 5’8” tall, with auburn hair piled high, generally thought beautiful and loved by the populace." http://www.dundeewomenstrail.org.uk/charlotte-augusta-prin…/ 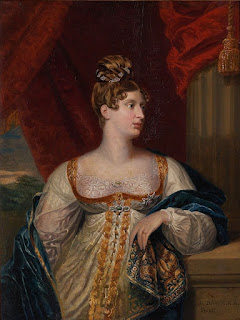 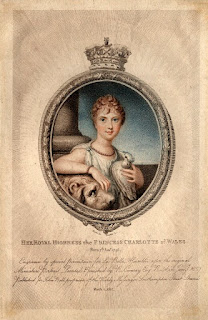 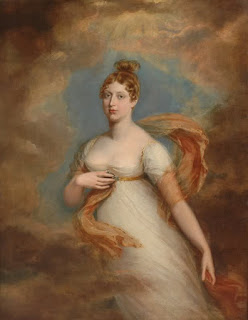