Edward George Earle Lytton Bulwer-Lytton, 1st Baron Lytton, (1803 – 1873). English novelist, poet, playwright and politician. He served as a Whig MP from 1831 to 1841 and a Conservative MP from 1851 to 1866. He was Secretary of State for the Colonies from June 1858 to June 1859. Bulwer-Lytton was offered the Crown of Greece in 1862, after the abdication of King Otto, but declined it.
Bulwer-Lytton's literary works were highly popular and his bestselling novels earned him a large fortune. He invented the phrases "the great unwashed", "pursuit of the almighty dollar", "the pen is mightier than the sword", and "dweller on the threshold". Then came a sharp decline in his literary reputation, so that he is known for little more than the much-parodied opening line "It was a dark and stormy night", the first seven words of his novel Paul Clifford.
Some of his most famous novels include The Last Days of Pompeii, The Coming Race (or Vril), which drew heavily on his interest in the occult and contributed to the early growth of the science fiction genre, and Zanoni.
The writers of theosophy were influenced by his work. Annie Besant and especially Helena Blavatsky incorporated his thoughts and ideas from particularly The Last Days of Pompeii, The Coming Race and Zanoni in her own books.


- "He was described as "effeminately handsome and languidly aristocratic, with his long auburn hair in ringlets and his six-foot frame resplendent in the latest fashions". http://spartacus-educational.com/ARTlytton.htm

- "He is even inclined to think that nobody else ever had so much talent as this little red-haired, blue-eyed, high-nosed, dandified Edward Bulwer..." https://www.bartleby.com/library/prose/1010.html 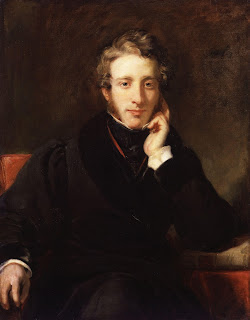