Mia Slavenska (1916 – 2002), birth name Mia Čorak. Croatian-born American prima ballerina. She formed the Slavenska Ballette Variante and, later, the Theatre Ballette. In 1954, she became the prima ballerina of the Metropolitan Opera Ballet.
For many years she was the leading ballerina of the famous Ballet Russe de Monte Carlo and with whom she moved to U.S. in the outset of the World War II.
Her own company, Ballet Variante, was formed in 1944 in Hollywood. Her greatest roles she achieved with the Slavenska Franklin Ballet Company that she founded with Frederic Franklin in 1950. One of her most highly regarded roles was as a strongly dramatic Blanche DuBois in Valerie Bettis' modern choreography of A Streetcar Named Desire, premiered in Her Majesty's Theatre in Montreal in 1952.


- "Mia Slavenska, a ballerina celebrated both for her authoritative technique and for her red-haired beauty..." http://www.croatia.org/…/Mia-Slavenska-1916-2002-Croatian-b…

- "... was celebrated for her powerful stage presence, enhanced by her dazzling virtuoso technique and dramatic flair, as well as the beauty of her face and red hair." https://www.britannica.com/biography/Mia-Slavenska

- "... and gave a new generation a glimpse of her fabulous technique and warm, strong personality, as well as her striking red-gold hair." https://www.theguardian.com/…/guardianobituaries.artsobitua…

- "Slavenska was not only a brilliant technician but also a beautiful woman, with bright red hair." http://michaelminn.net/andros/biographies/slavenska_mia/ 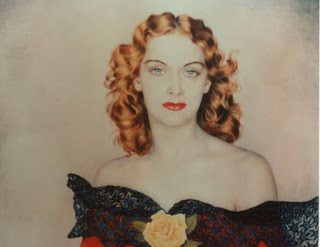 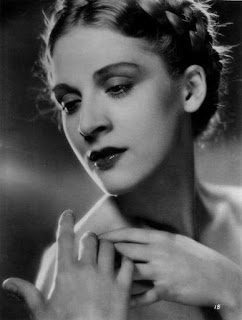