Stanley Baldwin, 1st Earl Baldwin of Bewdley, (1867 – 1947). British statesman of the Conservative Party who dominated the government in his country between the world wars. Three times Prime Minister, he is the only British premier to have served under three monarchs (George V, Edward VIII and George VI).
Grandfather of Capt. Herbert Oliver Huntington-Whiteley.

We only found this reference.
- "Red-haired, somewhat awkward in his movements and with an outstretched hand." https://books.google.it/books… 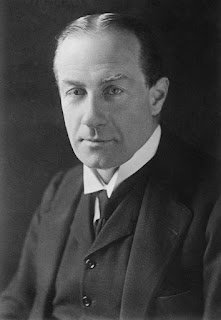