Marie Antoinette (1755 – 1793). Last Queen of France before the French Revolution. She was born an Archduchess of Austria, and was the penultimate child and youngest daughter of Empress Maria Theresa and Francis I, Holy Roman Emperor.

There are lots of speculations about Marie Antoniette's hair colour, but evidence seems to prove it was strawberry blond/auburn. After all, she belonged to the Habsburg-Lorraine royal house and as you can see on this blog pretty much all Habsburgs had red hair (she even had the typical Habsburg facial features).


- "Given that red hair was unfashionable, Marie-Antoinette was described as a blonde, but her hair was likely strawberry blond to light auburn." https://www.quora.com/According-to-reputable-sources-what-w…

- "Her hair was a light auburn color, and her eyes blue, frank, and sparkling." http://www.accessible-archives.com/…/godeys-profile-marie-…/

- "One story that leaked out was that the dauphin was indifferent to Marie Antoinette because of her red hair and that was why the consummation did not occur." https://books.google.it/books…


- "It is well know that at her then somewhat advanced age, her long auburn hair, perfectly formed hands and bright ruby lips were still the admiration of all who saw her."
This quote comes from this book by Alexandre Dumas. 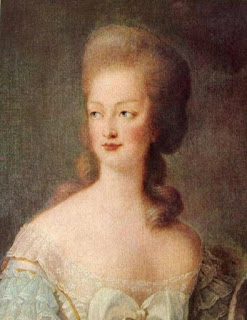 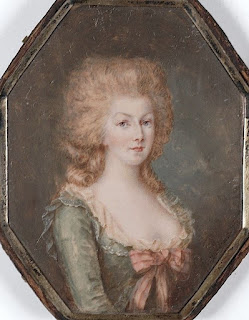 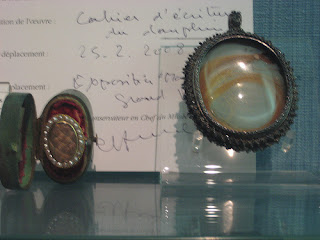