Charles Edward Louis John Casimir Sylvester Severino Maria Stuart (1720 – 1788). Elder son of James Francis Edward Stuart, grandson of James II and VII and after 1766 the Stuart claimant to the throne of Great Britain. During his lifetime, he was also known as "The Young Pretender" or "The Young Chevalier" and in popular memory as "Bonnie Prince Charlie". He is best remembered for his role in the 1745 rising; defeat at Culloden in April 1746 effectively ended the Stuart cause and subsequent attempts such as a planned French invasion in 1759 failed to materialise.


- "...his Hair was red, but at that time he wore a pale peruke..." https://www.yourphotocard.com/Asc…/Bonnie_Prince_Charlie.htm 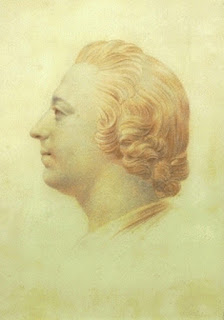 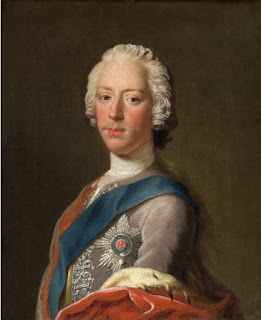