Gerta Pohorylle (1910 – 1937), known professionally as Gerda Taro. German war photographer active during the Spanish Civil War. She is regarded as the first woman photojournalist to have died while covering the frontline in a war.

- "...and Taro had become known as an anti-fascist figure—and as “the little red fox,” thanks to her red hair and tiny stature." https://qz.com/…/gerda-taro-google-doodle-honors-the-pione…/


- "In Paris, Ms Taro, known as “the little red fox” for her ginger hair and small stature..." https://www.independent.co.uk/…/gerda-taro-google-doodle-de… 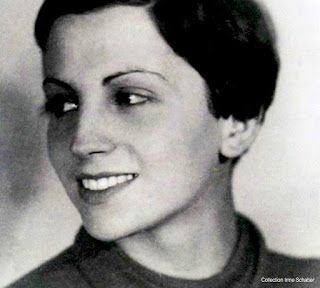