William Tecumseh Sherman 1820 – 1891). American soldier, businessman, educator, and author. He served as a general in the Union Army during the American Civil War (1861–65), for which he received recognition for his outstanding command of military strategy as well as criticism for the harshness of the scorched earth policies he implemented in conducting total war against the Confederate States. British military historian B. H. Liddell Hart declared that Sherman was "the first modern general".

- "In a much-quoted passage, the young Massachusetts officer John Gray described the red-haired, red-bearded Ohioan as "the concentrated essence of Yankeedom, tall, spare and sinewy, a very homely man, with a regular nest of wrinkles in his face." http://www.civilwarzone.com/WilliamSherman.html


- "Sherman was lean, grizzled and had red hair, he did not much care about his personal appearance." http://www.nellaware.com/…/william-tecumseh-sherman-facts.h… 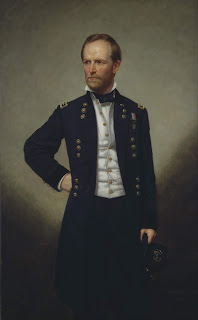 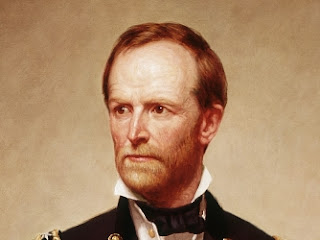