Sir Francis Drake (1540 – 1596). English sea captain, privateer, slave trader, naval officer and explorer of the Elizabethan era. Drake carried out the second circumnavigation of the world in a single expedition, from 1577 to 1580, and was the first to complete the voyage as captain while leading the expedition throughout the entire circumnavigation. With his incursion into the Pacific Ocean, he claimed what is now California for the English and inaugurated an era of conflict with the Spanish on the western coast of the Americas, an area that had previously been largely unexplored by western shipping.
Elizabeth I awarded Drake a knighthood in 1581 which he received on the Golden Hind in Deptford. As a Vice Admiral, he was second-in-command of the English fleet in the battle against the Spanish Armada in 1588. He died of dysentery in January 1596, after unsuccessfully attacking San Juan, Puerto Rico. Drake's exploits made him a hero to the English, but his privateering led the Spanish to brand him a pirate, known to them as El Draque. King Philip II allegedly offered a reward for his capture or death of 20,000 ducats, about £6 million (US$8 million) in modern currency.


- "Francis Drake was short of stature, with red hair and bright penetrating eyes. He was arrogant, self-confident, self-assured." https://books.google.it/books…

- "He had red hair and blue eyes." https://sites.google.com/a/fivestarschools.org/drake/

- "... a sturdy boy, rather under the average height, with bold bright eyes and reddish hair." http://redhairmyths.blogspot.com/…/elizabethan-redhead-sir-… 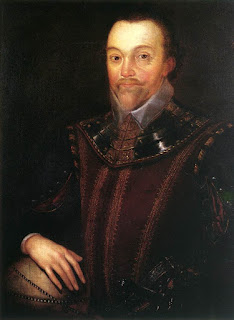 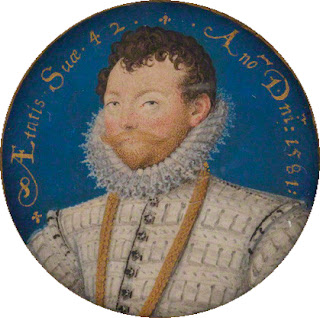 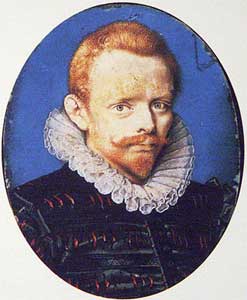