- "Her fresh-faced good looks, accented by red hair and hazel eyes, often led to girl-next-door roles, but she proved to be a nimble performer in more demanding parts." https://www.washingtonpost.com/…/495f4a58-734b-11e5-9cbb-79…

- "Joan Leslie, who has died aged 90, was a petite, red-haired Hollywood star of the wartime years who blotted her copybook by taking on the might of Warner Bros." https://www.telegraph.co.uk/…/Joan-Leslie-actress-obituary.…


- "The young, red-haired Ms. Leslie was admired by moviegoers for the girl-next-door innocence she brought to the screen." https://www.nytimes.com/…/joan-leslie-a-hollywood-girl-next… 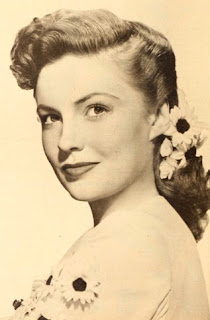