- "Upon encountering Cameron with her distinctive red hair and blue eyes, Parsons considered her to be the individual whom he had invoked." https://en.wikipedia.org/wiki/Marjorie_Cameron

- "The only one of her relatives to have red hair, Cameron herself was always the black sheep in her family..." https://creators.vice.com/…/the-trippy-art-and-trippier-lif…


- "A red-haired woman did knock on Parsons’ door, in the form of Marjorie Cameron, an aspiring actress, a beauty to behold and, interestingly, a Hubbard acquaintance. Parsons strongly believed that he had succeeded in invoking the “elemental” woman, and after he divorced his first wife, he married Marjorie." https://www.thevintagenews.com/…/the-rocketeer-the-sciento…/ 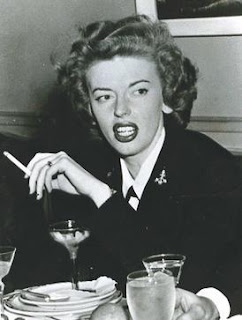