Eleonora di Garzia di Toledo (March 1553 – 1576), more often known as "Leonora" or "Dianora". Daughter of García Álvarez de Toledo, 4th Marquis of Villafranca, Duke of Fernandina, and the wife of Don Pietro de' Medici, a son of Cosimo I de' Medici, Grand Duke of Tuscany. Leonora was born in Florence, where she was brought up by Cosimo and Eleanor of Toledo, her aunt and namesake. Betrothed to their son Pietro at the age of 15, she blossomed under the wing of Pietro's older sister, the artistic patron Isabella, into a vivacious and witty beauty. Her marriage, like Isabella's, was not a success, and she followed her mentor's example of taking lovers. For this reason, Pietro had her brought in 1576 to the country retreat of Cafaggiolo, where he strangled her to death with a dog leash. 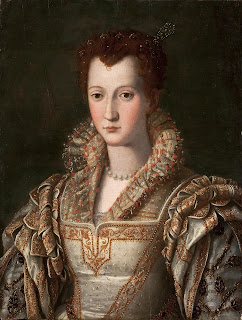 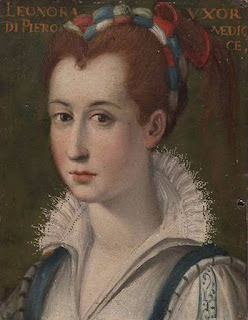 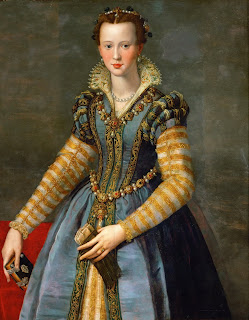