Charles II of Spain (1661 – 1700), also known as El Hechizado or the Bewitched. Last Habsburg ruler of the Spanish Empire. He is now best remembered for his physical disabilities and the war for his throne that followed his death.
Charles was born in Madrid to Philip IV of Spain and his second wife, Mariana of Austria. Philip and Mariana were uncle and niece, making Charles their son, great-nephew and first-cousin respectively; all eight of his great-grandparents were descendants of Joanna and Philip I of Castile. The impact of this inbreeding is not fully understood; his elder sister Margaret Theresa did not appear to have the same issues.
Charles himself suffered ill-health throughout his life; he has been described as "short, lame, epileptic, senile and completely bald before 35, always on the verge of death but repeatedly baffling Christendom by continuing to live."
In his case, the so-called Habsburg lip was so pronounced he spoke and ate only with difficulty, did not learn to talk until the age of four or walk until eight. However, foreign observers such as the Marquess of Torcy noted his mental capacities remained intact.
He died childless in 1700 with no immediate Habsburg heir. His will named his successor as 16-year-old Philip of Anjou, grandson of Louis XIV and Charles's half-sister Maria Theresa. Disputes over Philip's inheritance led to the War of the Spanish Succession.
His second wife was Maria Anna of Neuburg. 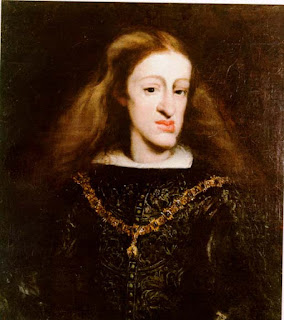 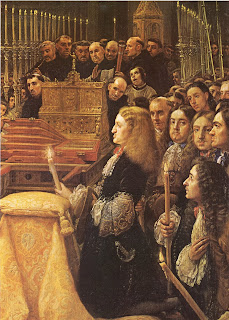 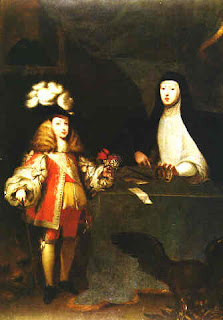 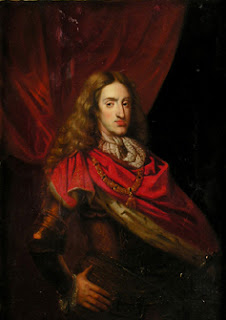 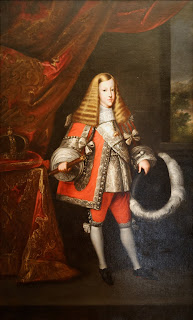 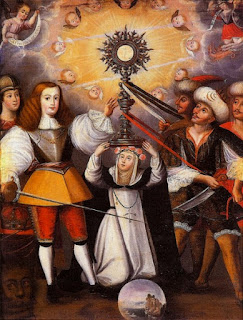 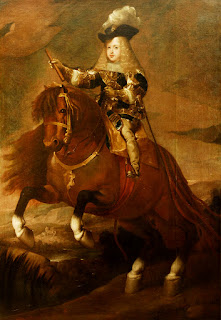